If while installing the Oaisys client you recieve the below error you can check out the Oaisys help document.

But that i found was i got this error when using Google Chrome, to access the Oaisys server, but not when using Internet explorer! 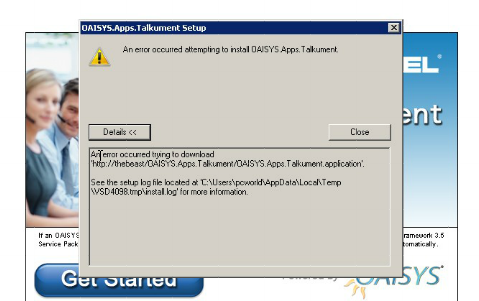 Just had an issue where some of the MiCollab clients could not see their voicemails in the visual voice window.

Besides this issue the client worked fine

What I eventually found out was that all clients that were working had Windows Media Player installed. WMP.

The version the customer had was “Enterprise” but it had no WMP. May be a custom install image was used.

If you would like to sync your MCD and MiCollab server with Active Directory you will need to set up….